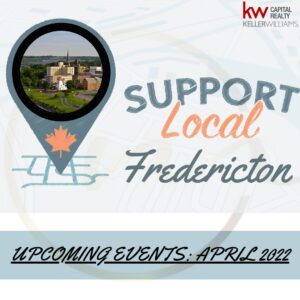 Covid Restrictions have been lifted, which means community events are happening again!

With April 2022 starting tomorrow we thought we’d share with you the many things Fredericton has to offer from music & art to local markets.